A computer system with at least two processors. This is in contrast to a uniprocessor , which has one.

A single program that runs on multiple processors simultaneously.

A set of compters connected over a local area network (LAN) that functions as a single large message-passing multiprocessor.

According to Amdahl's law

Speed-up achieved on a multiprocessor without increasing the size of problem.

Speed-up achieved on a multiprocessor while increasing the size of the problem proportionally to the increase in the number of processors.

A parallel processor with a single address space, implying implicit communication with loads and stores.

The process of coordinating the behavior of two or more processes, which may be running on different processors.

A synchronization device that allows access to data to only one processor at a time. 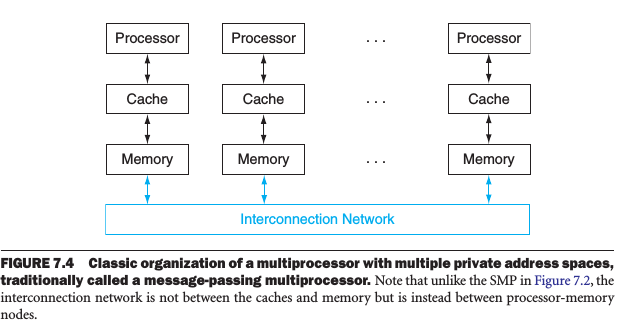 A weakness of separate memories for user memory turns into a strength in system availability.

Increasing utilization of a processor by switching to annoher thread when one thread is stalled. To permit this, we must duplicate the independent state. For example, each thread would have a separate copy of the register file and the PC.

There are two main approaches to hardware multithreading. 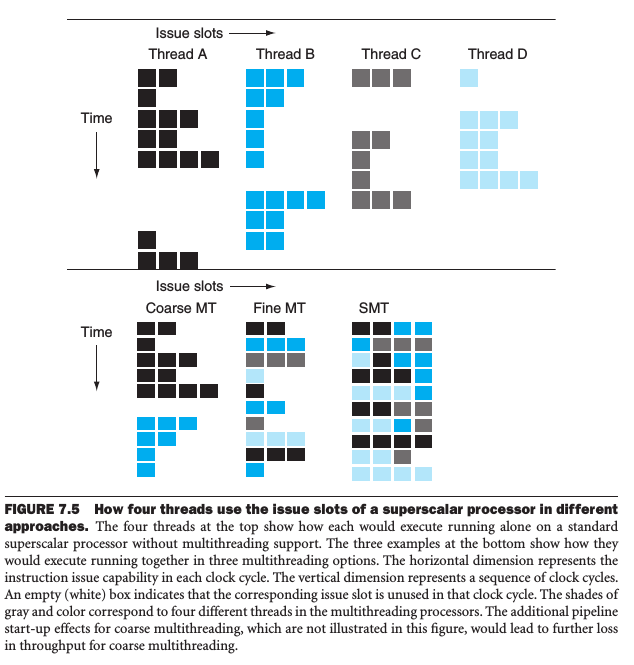